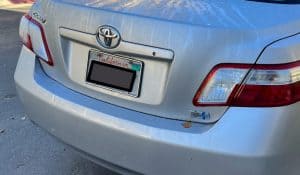 Toyota Camry one of America’s top selling car, very reliable, super comfortable, spacious and overall good car. It doesn’t come with zero problems but I still love this car and here are some of the problems we’ve researched and found fixes for.

Apple CarPlay is a system that allows you to access iOS apps hands-free. It does this by routing your connection through the car’s infotainment system. …

You can reset the secondary systems in your Toyota Camry by disconnecting the ECU. Disconnect the negative terminal on the battery first and then remove the fuse from the ECU. After waiting a few minutes, reconnect the fuse and then the battery. Start the car and allow it to idle for 10 minutes.

Read More about How To Reset Toyota Camry Secondary Systems

Sometimes it is necessary to reset the Toyota Camry primary systems and this is done by resetting the ECU. Disconnect the negative battery terminal and then remove the fuse for the ECU. Wait a few minutes before putting the fuse back in and reconnecting the battery. Start the car and allow it to idle for 10 minutes.

Read More about How To Reset Toyota Camry Primary Systems

Back in the mid 80s and into the early 90s automatic seat belts seemed to be a great idea. They were convenient and so were …

Many drivers have reported issues with their Toyota Camry lights over the years. From tail lights to interior lights, Toyota Camry light issues are plentiful. Fortunately, there are several explanations and fixes available online when lights go haywire.

Toyota’s are known for being extremely durable cars and the Camry is no exception. But Camry’s are not without problems, especially minor ones like when …

No one likes having to bring their car in to get a tune-up, or worse, to get a major issue fixed. It can be expensive …

If you own a Toyota Camry, and it will not start, you may wonder what the problem is. Sometimes it will not be clear what …

If your fuel gauge is not working properly, your fuel door is not opening or closing, or you are having fuel pump issues, there are some common problems that can be resolved easily. However, there may be issues that require a mechanic unless you are a mechanically savvy individual.

Although checking your tires for pressure is one of the most common acts of maintenance that is a part of car ownership, it can still …

The Toyota Camry is one of the best-selling passenger vehicles in the United States. It is known for being affordable, reliable, and safe. Like all …

Toyota introduced the USB Port in the 2010 Camry models. Since then, there have been several iterations of the Camry. For a bit, two USB …

Toyota Camry vehicles after 2016 and equipped with the Entune system can also download Toyota’s navigation system called Scout GPS Link. Although this system has many convenient features, from turn-by-turn directions to the cheapest gas prices near you, there are times when the system has problems.

The Toyota Camry is a popular car with drivers in the market for an affordable commuter vehicle. It’s a reliable and easy-to-drive mid-size car, but …

When it comes to driving a Toyota Camry, it’s quite likely at some point. You will need to do so at night. And driving at …

Hybrid Toyota Camry acceleration issues can include everything that may go wrong with a standard Camry, with additional considerations that must be made due to the hybrid nature such as issues with driving assist modes or a lack of constant power provided to the engine.

When a Toyota Camry has a dead battery, put it in neutral by using a screwdriver to pop open the small panel on the shifter. Hold down the button that is found beneath the small panel while moving the gear shift simultaneously into the neutral position.

Though Toyota Camrys are popular vehicles, they have troubles that are hard to fix. Information online is limited for many of these issues. Users may …

If you would like to see the time when driving, the clock on your car’s dashboard is a great tool to use. However, some Toyota …

Your Toyota Camry overheated while climbing a steep hill, while idling in traffic, or while driving on the highway. Now what? Continuing to drive when …

While air conditioning used to be a mere comfort, it has become a mainstay in vehicles and a necessity for most drivers. During warmer seasons …

If a Toyota Camry’s car alarm is triggered randomly or beeps constantly, an immediate solution is necessary to avoid angering other drivers and neighbors. From a bad key fob to a low battery, there are many reasons a Toyota Camry alarm system may not work properly.

Having any part of your car stop working is frustrating, but windows that refuse to open or close can leave you feeling exposed or closed …

If you are an owner of a Toyota Camry, you may at one time or another have had problems with your steering wheel. From controls …

Your Toyota Camry may keep resetting for a number of reasons, including a faulty screen, a break in the circuit, or a blown fuse. These issues are usually accompanied by other symptoms such as a screen that will not work, a lack of sound, or components such as knobs not working.

In 2008, the Toyota Camry first introduced to its drivers the revolutionary technology of Bluetooth. Since then, like any other technology, it has had its …

Hi, I'm Harry, Ever since I bought my first car. I found myself interested in knowing more about my car. This blog serves as a way for me to document what I learn over the years.

Legal - All contents on this website is only our opinion and we don't guarantee that it's error free.